Skip to the content
I'm rebuilding this site right now. So a lot of things may look broken. But what better motivation for me to finish it? 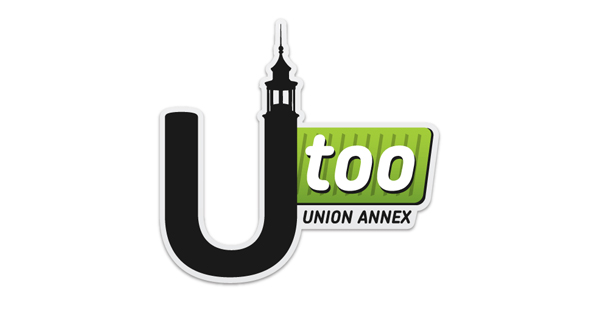 The OSU Student Union is getting a major remodel over the next year. Over the summer (and probably a while after that), the largest student union in the world  is going to be under construction. So while they work, the dining and retail part of the Union first floor will be moved into 18 temporary trailers set up north of the building. They’re calling it U-too. Not my naming, but I think they could have done a lot worse. So I was tasked with the identity. It’s going through the ranks now for approval, but my boss likes it and I do too. It’s got the iconic Union spire from the original Union logo and the shipping container/temporary building style box. The type is Alte Haas Grotesque and Chevin.

I also did a little motion intro for it.  When I say little, I mean very little. Vimeo wouldn’t even let me upload it because it was too small. But it’s just a start for a video we’ll be making to introduce the students to U-too on the Union web site and social networks.

This site uses Akismet to reduce spam. Learn how your comment data is processed.